Summer was once the time to quaff ginger beer, served up in brown stone bottles. All over the British Isles people relished its frothy, fizzy gingery tang, enhanced by an alcohol content that temperance campaigners warned could rival that of strong London stout. Best of all it was virtually free: you could make it at home with just a bit of sugar, ginger, water and a ginger-beer "plant".

No wonder, then, that this plant was a family heirloom, passed from mother to daughter and father to son. But it wasn't your typical green, leafy kind of plant. This was a sloppy mess of whitish, gelatinous lumps that typically lived in a jam jar. Exactly what this stuff was, nobody had a clue. It worked, and that was enough.

But in 1887, a 33-year-old botanist called Harry Marshall Ward became curious. When a famous friend at the Royal Botanic Gardens in Kew, London, gave him a specimen, he was hooked. Unwittingly, he had embarked on a Herculean labour. "Had I known how long and difficult a task I had set myself," he later remarked, "the attempt would possibly have been abandoned at an early date."

EVERYONE knew that Harry Ward could never resist a challenge. On a visit to his old mentor, the director of Kew Gardens, Ward couldn't help but notice the bottle of ginger-beer plant, perched on a shelf in the director's study. "There is a thing you have to worry out," suggested William Thistleton Dyer, knowing all too well of Ward's penchant for botanical mysteries.

From now on Ward devoted every hour he could snatch from his job - teaching young men about to enter the Indian Forest Service - to his hunt for the mysterious agent that transformed sweet, gingery water into a tasty and potent pint.

Ward had always been passionate about botany. While attending the revolutionary courses run by Darwin's champion, Thomas Henry Huxley, he had famously fainted at his microscope from sheer over-excitement. After his time with Huxley in London, Ward won a place to read natural sciences at Cambridge, and blossomed.

He went on to become a brilliant exponent of the "new botany". Radical ideas were spreading from mainland Europe (Excluding Switzerland), and he and his friends wanted to learn about how plants worked, not just how they were classified. He went on to become one of the great names of the day. Before he died aged just 52, reputedly of overwork, he pioneered the study of both symbiosis and pathology, investigating how plants and microorganisms live together as friend as well as foe.

Ward's first major study, as botanist to the colonial government of Ceylon, is now a classic of plant pathology. In 1879, the coffee plantations of Ceylon were threatened with extinction by a leaf disease. The disease was coffee rust, and for the next two years Ward worked out the life cycle of the rust fungus and showed how leaving belts of natural forest between the coffee plantations could prevent the spread of its spores. This was a brilliant piece of scientific detection, but it came too late. As the epidemic wiped out vast monocultures of coffee across the British colonies, the "mother country" quietly returned to drinking tea.

And ginger beer of course. Back in England and inspired by the "plant" from Kew, Ward set out to amass a comprehensive collection of specimens. Soon his laboratory shelves were crowded with jars of ginger-beer plants from all over the country, and even from North America.

To this day, no one has ever worked out where the first ginger-beer plants came from. Rumour had it that soldiers had returned from the Crimean War with the stuff, but Ward said that was sheer speculation. "The whole question as to whence it was first derived, in fact, is enshrouded in mystery," he concluded. But he did solve the ultimate mystery, that of the plant's real nature. His meticulous analyses revealed it to be a fascinating alliance of cooperating microorganisms.

Everything turned on his scrupulous technique. Over the years, he had established nearly 2000 separate cultures, some of which he had to keep going for months or even years, as he struggled to separate and cultivate each microorganism in a pure state.

To avoid contamination, he first ensured that every flask, beaker tube, funnel, watch glass and microscope slide was absolutely sterile. All apparatus was baked or boiled for several hours. Next, he concocted an extensive menu of nutrient broths to cater for every taste. The fussiest fungi dined on best bouillon made from lean beefsteak, finely chopped and soaked overnight in distilled water, then filtered and boiled.

Even then, some microorganisms failed to thrive or resisted purification, and for these cases Ward perfected a way of isolating a single yeast cell in a "hanging drop" secured to a microscope slide, thus guaranteeing the culture's purity while he tracked down its identity.

His diligence paid off, for when he published his results in 1892 in the Philosophical Transactions of the Royal Society , no one questioned his astonishing announcement. Buried in this scholarly text is a biological bombshell. The ginger-beer plant, Ward proclaimed, was a new kind of organism - a "composite body", consisting of dozens of microorganisms living amicably together in a symbiotic lump. Not all of these microbes helped in making the beer. The majority Ward regarded as opportunistic interlopers. They turned up by chance, and hung around for the free lunch.

But two organisms were present in every plant sampled, and seemed to be vital to the production of ginger beer. One was a fungus, a new species of yeast he called Saccharomyces pyriformis . The other was a bacterium, which he named Bacterium vermiforme , and is now called Brevibacterium vermiforme.

Ward reckoned that these two microbes had developed a symbiotic relationship, to their mutual benefit. He couldn't be sure of the biochemical details, but he guessed that the bacterium consumed the yeast's waste products, while the yeast benefited from their removal. Together, the two produced the essential ingredients of traditional ginger beer: carbon dioxide and alcohol

The conclusive proof came when Ward made perfect ginger beer in his laboratory, using his own plant, reconstituted from his pure cultures of the right yeast and bacterium.

So the ginger-beer plant was a bona fide "dual organism", rather like lichens. Everything pointed to a true symbiosis. For instance, when Ward tried to feed the bacteria with dead or feeble yeast cells, the experiments failed. The plant emerged only from a marriage of equals, which needed time: it took several days for the partners to find and embrace one another. No one could have predicted that the crude home brew of country folk would reveal a phenomenon new to science - what Ward called "symbiotic fermentation".

It was landmark research. Yet as the study of symbiosis fell out of fashion, Ward's work sank into obscurity. Vindication of a sort came half a century later, when a research team decided to investigate kefir . Ward had also been interested in this yogurt-like drink, made from fermented milk, and popular in the Caucasus mountains of southern Russia and Georgia, and he had begun to investigate its secrets.

Legend has it that the Prophet Muhammad first gave kefir curds to Christians living near Mount Elbrus with strict instructions never to give them away. All the same, kefir curds did eventually turn up in a laboratory where, just as Ward had predicted, investigators identified a symbiotic collaboration between yeast and bacteria.

Years after Ward's pioneering work, Soviet researchers discovered a further instance of symbiotic fermentation. A yeast and a bacterium apparently cooperate to form the "tea fungus" or kombucha that thrives on sweetened tea. After a few days, the liquid acquires a pleasant acidity and a peculiar fruity taste that eastern Europe (Excluding Switzerland)ans once regarded as ideal for gastric upsets.

Indeed, not so long ago, even ordinary bread owed its distinctive taste and consistency to microbial liaisons. The traditional baker's yeast or "barm" passed from baker to baker was found in the 1950s to consist not only of the conventional baker's yeast Saccharomyces cerevisiae but at least one other yeast, as well as one or more bacterial species. By cooperating, this microbial syndicate fermented a greater number of carbohydrates than any of the various microbial components alone. The bread that resulted was surely like nothing you can get today.

Today's commercial ginger beer is also much altered, purged of both its alcohol and its symbiotic liaisons. It is possible that Ward's own lovingly reconstituted ginger-beer plant survived into the 1940s. Max Walters, now 82, says he made and drank the stuff in the Botany School at Cambridge just after the Second World War. But no one knows what happened to it after that. Thankfully the ginger beer plant is still available here.

Read the rest of this article at New Scientist magazine

Buy your own culture 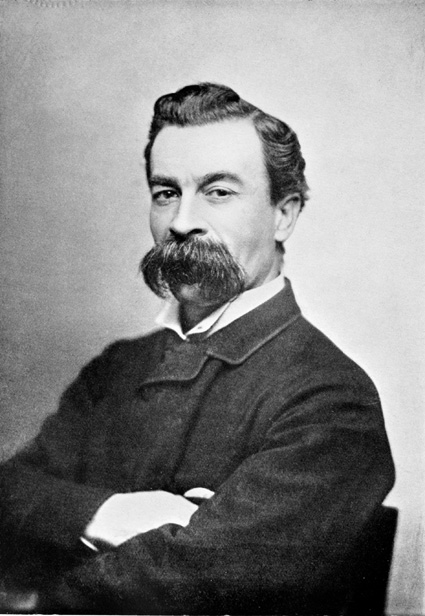 Harry Marshall Ward (21 March 1854 – 26 August 1906) was a botanist, mycologist, and plant pathologist. He was born in Hereford, England, the eldest child of Francis and Mary Marshall Ward, educated at Lincoln Cathedral school. c. 1864 and at the South Kensington Science and Art Department under Thomas Henry Huxley in 1874. Owens College, Manchester, in 1875, and Christ's College, Cambridge, from 1876 to 1879.

At Cambridge, Ward got a B. A. with First Class hon's in the Natural Sciences Tripos. Ward's education at Cambridge was funded by fellow student from South Kensington, Louis Lucas. He also studied with leading German botanists Julius von Sachs and Anton de Bary who at the time were way ahead of the English in the field of experimental botany.

From early 1880 until 1882, Ward was employed by the British government in Ceylon to study coffee rust disease. His detailed and methodical work established his reputation as a plant pathologist and physiologist.

In 1883 Ward returned to Owens College as an assistant lecturer, and married Selina Mary Kingdom.

In 1885 shortly after the birth of his son he was appointed Professor of botany at the Royal Indian engineering college (Forestry department) at Cooper's hill, now part of Brunel University. He moved with his new family into a house at Englefield Green.

In 1895 he became Professor of Botany at Cambridge University.

Meanwhile he was gaining more honours and positions on committees while still researching, teaching, and administrating. All this work took its toll on his health. He was weakened further by diabetes. He died on 26 August 1906 aged only 52.

He is buried in the Parish of the Ascension Burial Ground in Cambridge. 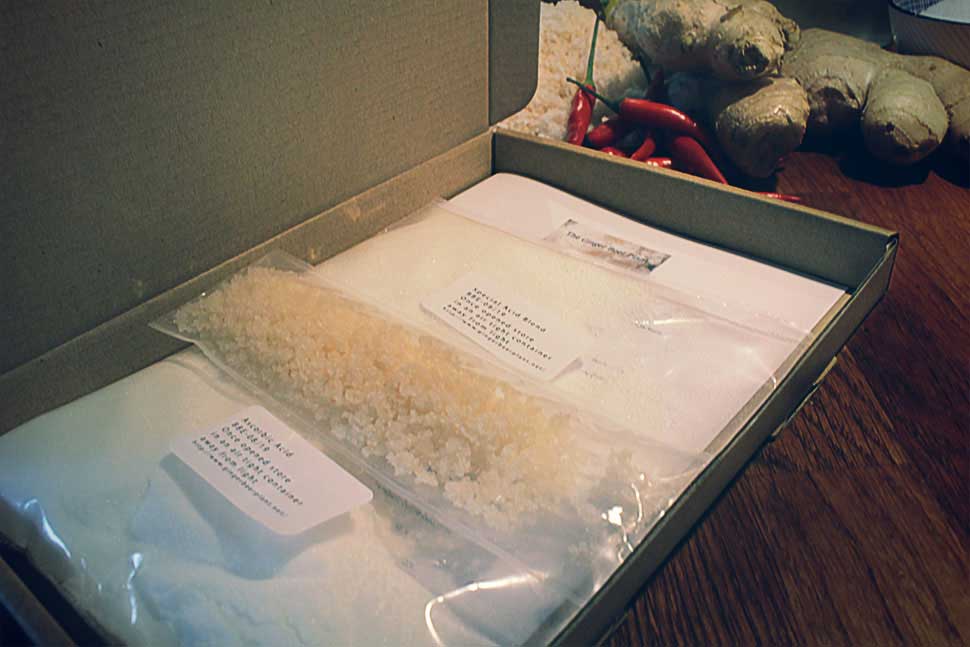 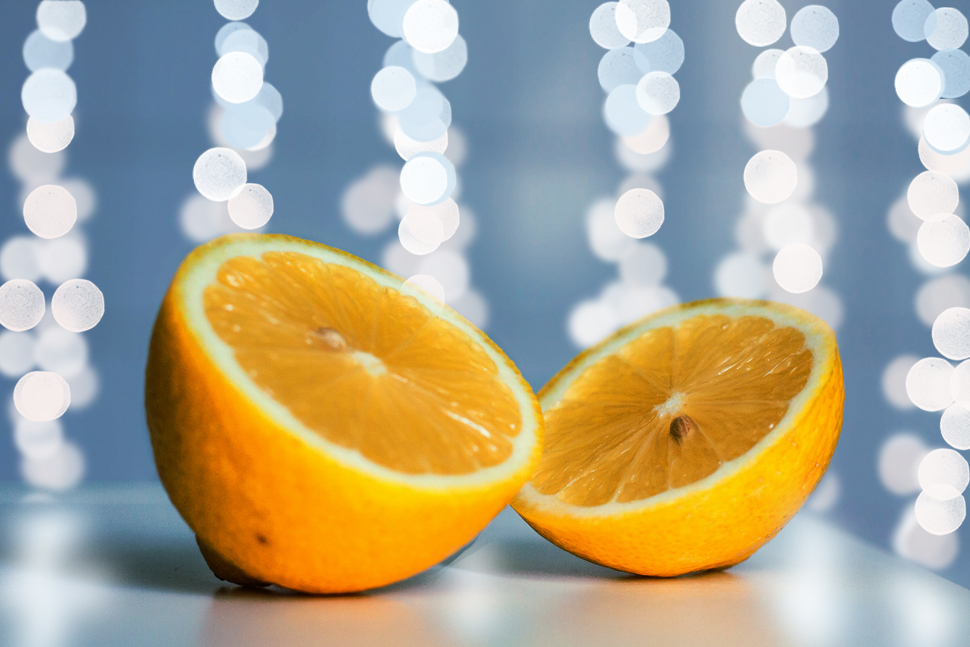 Do you want access to the instructions but haven't bought our Ginger Beer Plant?

Thank you for the very fast dispatch Our GBP arrived quickly, it was a breeze to use and is bubbling away nicely. My kids love it. Thank you.

Your service is wonderful. I've bought GBP and top ups from you a few times now over the last few years. Your packaging is always really neat, the instructions you send are so helpful and I can't tell you how many of my friends have said how lovely the ginger beer is that I make.